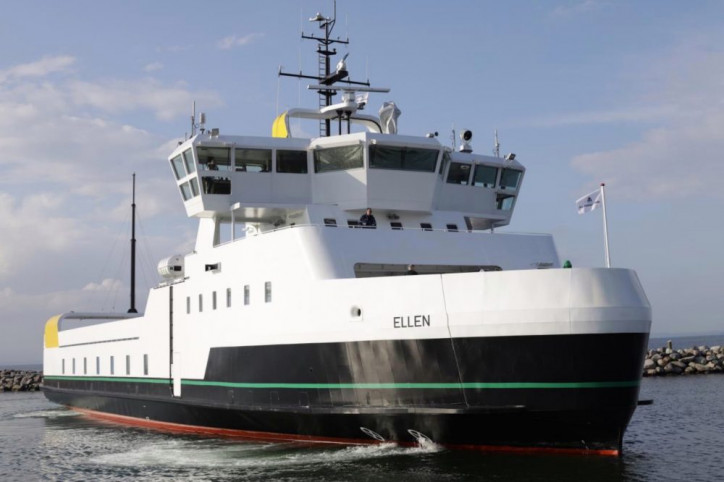 Ferries are a good place to start electrifying cargo transport on the sea since they cover the same routes again and again. It makes it easy to plan for the range and charging solution of all-electric ferries.

The operators of the first all-electric ferry in Norway, the ‘Ampere’, reported some impressive statistics after operating the ship for over two years.

They claim that the all-electric ferry cuts emissions by 95% and costs by 80%.

At an event last year, they announced their findings and unsurprisingly, the potential cost savings are attracting a lot of orders for new all-electric ferries and for the conversion of existing diesel-powered ferries.

Not long after, Fjord1, a major Norwegian transport conglomerate which operates 75 ships, placed an important order with the Havyard Group to build a fleet of battery-electric ferries.

We have seen other routes planned to be electrified, like New York, which is getting its first electric ferry next year. 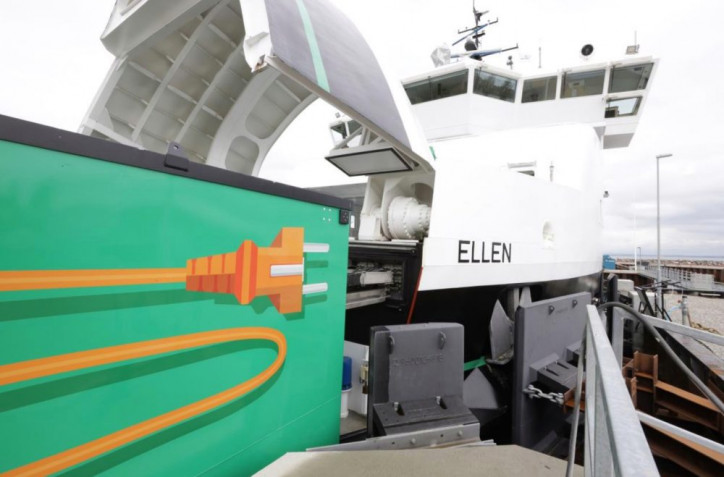 Ellen is a 60 m long and 13 m wide ferry operating between the island ports of Fynshav and Søby in southern Denmark.

The vessel has been electrified with two electric motors and a 4.3 MWh battery pack.

Leclanché, the company behind the vessel’s battery pack, clams that it is the world’s largest all-electric ferry as it just completed its maiden trip.

They wrote in a press release: “The world’s largest all-electric ferry, named Eferry Ellen, made its first commercial trip early this morning, Thursday, August 15, 2019, connecting the ports of Søby and Fynshav, on the islands of Aerø and Als, in southern Denmark. This revolutionary ship, capable of carrying approximately 30 vehicles and 200 passengers, is powered by a battery system with an unprecedented capacity of 4.3MWh provided by Leclanché SA (SIX: LECN), one of the world’s leading energy storage companies.”

The company claims that the ferry alone will “prevent the release of 2000 tonnes of CO2, 42 tonnes of NOX, 2.5 tonnes of particulates and 1.4 tonnes of SO2 into the atmosphere” on an annual basis.

Even bigger electric ferries are coming

While Ellen might hold the record for the world’s largest all-electric ferry now, it might not keep it for long.

Last year, it was announced that two big new all-electric ferries are coming to Canada.

With those specs, both ferries should be bigger than Ellen.

With the kind of emission reduction they are talking about here, I say keep breaking that record.

It also seems so easy to electrify. You know exactly the distance the ship is going to cover over its lifetime. You need to plan for the battery to have enough energy to cover it and you can install fast-charging stations at the ports where it operates, which are generally always the same.

Without diesel, or whatever fuel they were using, the cost of operation is way down, especially if you can use cheap renewable energy, like in Denmark and Canada.