The defendants’ conduct included using fuel that exceeded the maximum allowable sulphur concentration in the U.S. Caribbean Emission Control Area (U.S. Caribbean ECA) and efforts to deceive U.S. Coast Guard inspectors about the source of the fuel being used aboard the M/T Ocean Princess. 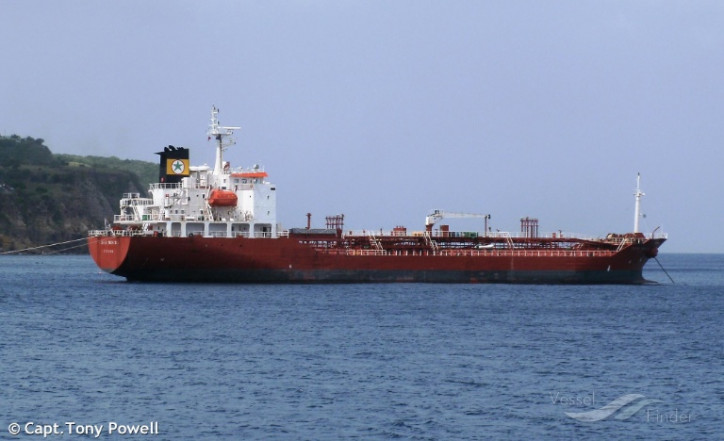 Between January 3 2017 and July 10 2018, the M/T Ocean Princess entered into, and operated within, the U.S. Caribbean ECA using fuel that contained excessive sulphur on 26 separate occasions.

The fuel was petroleum cargo that had been transferred to the fuel tanks as authorized by the vessel’s commercial manager.

Once notification was received from Master Stamatios Alekidis, Chief Officer Rey Espulgar coordinated with Chief Engineer Athanasios Pittas to make the transfers from the cargo tanks to the bunker tanks.

Rey Espulgar then falsified the Oil Record Book, Part II, by failing to record that cargo had been transferred to the bunker tanks.

Athanasios Pittas also falsified the Oil Record Book, Part I, by falsely recording that the fuel in the bunker tank originated from a shore-side company in St. Martin, F.W.I.

U.S. Coast Guard inspectors boarded the M/T Ocean Princess on July 10 2018 to conduct an inspection and found the vessel was using fuel with an excessive sulphur content.

Chief Officer Rey Espulgar instructed some of the lower-ranking crewmembers to lie to the U.S. Coast Guard inspectors about where the fuel came from and to say the ship took on fuel in St. Martin, F.W.I., when in fact it did not.

The M/T Ocean Princess was owned by Lily Shipping Ltd. and operated by Ionian Shipping & Trading Corp., both Greece-domiciled companies.

The vessel was engaged in transporting petroleum products throughout the Caribbean including from Limetree Terminals, St. Croix, U.S.V.I.

The commercial manager of the vessel would authorize the Master of the vessel, Stamatios Alekidis, to transfer petroleum cargo from the cargo tanks into the vessel’s fuel tanks, known as bunker tanks.

As the owner and operator of the vessel, Lily Shipping Ltd. and Ionian Shipping & Trading Corp. were further responsible for ensuring the vessel used fuel that complied with the U.S. Caribbean ECA standards.

Ionian Shipping & Trading Corp. and Lily Shipping Ltd. will each pay a fine of $1.5 million, be placed on four years of probation, and implement an Environmental Compliance Plan.

Stamatios Alekidis, Athanasios Pittas, and Rey Espulgar were sentenced to three years of probation and ordered not to return to the United States on a ship during that time. Rey Espulgar was also fined $3,000.