The US Coast Guard and Santa Cruz Harbor Master rescued six people from the water Sunday after their boat capsized near Davenport, California.

At 11:13 am, USCG Sector San Francisco watchstanders received multiple 9-1-1 relay calls about a 21-foot recreational boat taking on water with six people aboard near Davenport. 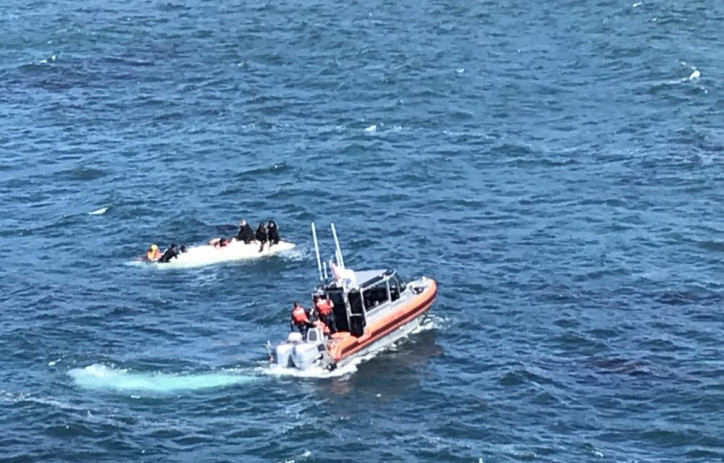 None of the individuals were reported wearing a life-jacket.

The boat capsized and all six people entered the water at 11:41 a.m.

The survivors were treated for hypothermic symptoms and transported to Santa Cruz where all six people were transferred in stable condition to emergency medical services.