At least five people were killed as the Hurricane Dorian pounded the Bahamas on Monday, causing vast floodings and evacuation of more than one million people in US coast. The hurricane has weakened slightly and is now a Category 4 storm as it continues to spin over the Bahamas. The US National Hurricane Center said the storm is still stationary just north of Grand Bahama Island, but will move 'dangerously close to the Florida east coast'. 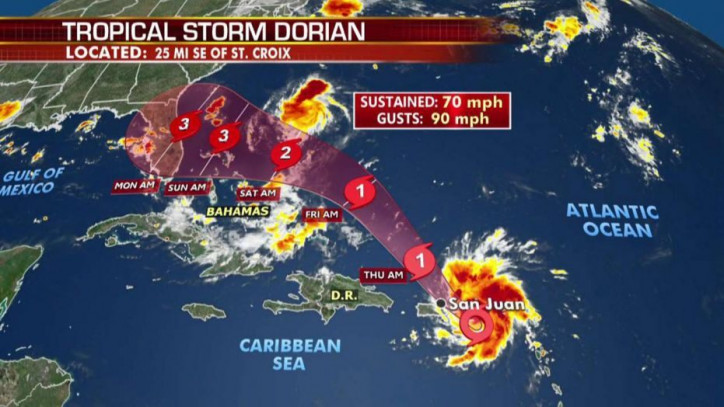 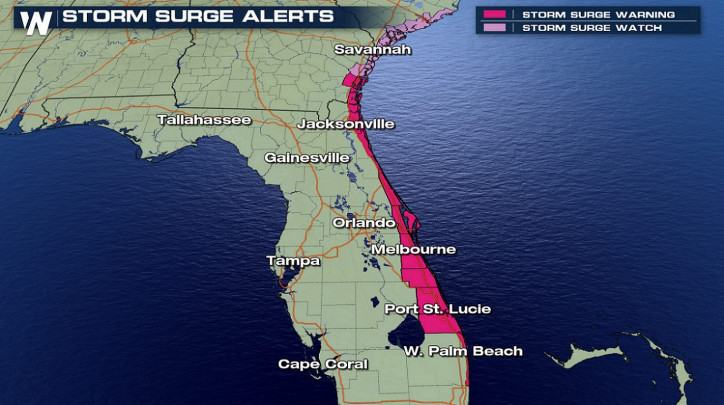 On this track, the core of extremely dangerous Hurricane Dorian will continue to pound Grand Bahama Island today. The hurricane will then move dangerously close to the Florida east coast late today through Wednesday evening, very near the Georgia and South Carolina coasts Wednesday night and Thursday, and near or over the North Carolina coast late Thursday, the NHC mentions in its latest update.

Dorian, one of the most powerful Atlantic hurricanes on record, had been hovering over Grand Bahama Island for almost 40 hours by Monday night and was expected to stay put until at least Tuesday morning, according to data provided by NHC.

There have been several injuries reported in the Marsh Harbour area in Abaco Islands, Bahamas, according to Hope Town Volunteer Fire & Rescue, local media report.

Dorian has slowed to a crawl in terms of speed of movement only moving at west-northwest at about 1 mph (2 km/h).  This means that the Bahamas will continue to get lashed by this monstrous storm and the amount of rainfall totals for the area continue to grow, he US NOAA informed.

In its latest updated advisory, the National Hurricane Center (NHC) said that the eye of the hurricane has begun to wobble a bit over Grand Bahama Island.

NHC advised residents not to leave shelters until the eye of the hurricane passes.

The US Coast Guard has provided the following recommendations as the hurricane approaches Florida coast: