MSC Gulsun is the first container ship capable of transporting 24 containers side by side across the breadth of its hull. The OOCL HongKong, taken into operation two years ago, was the largest containership until now, with a capacity of 21,413 TEU. 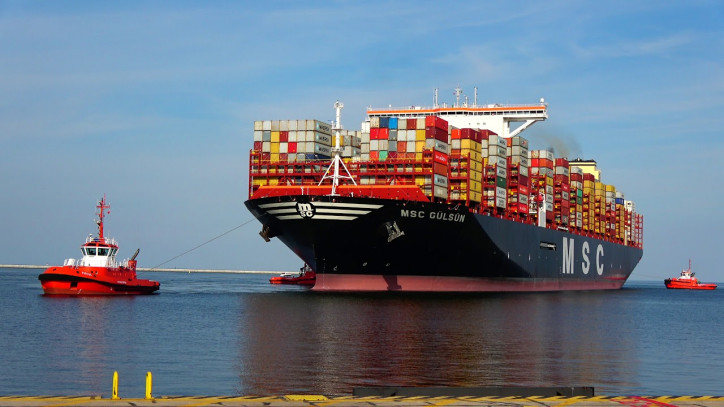 Increased scale in container shipping is good for the Port of Rotterdam’s competitive position,’ stated Hans Nagtegaal, Container Manager at the Port of Rotterdam Authority during the arrival of MSC Gulsun. ‘With depths of 20 metres, we are convinced we can also welcome the 30,000 TEU vessels. The quays are also strong enough to accommodate larger cranes. Our immediate competitors don’t have anywhere near such depths, stated Nagtegaal.

Two new, modern terminals were taken into operation on Maasvlakte 2 in early 2015: RWG and APMT MVII. But the other container terminals on Maasvlakte, ECT Delta and Euromax, are also equipped to receive these kinds of vessels, Nagtegaal continued.

MSC Gulsun came from Gdansk and is expected to leave for Tanjung Pelepas in Malaysia on 5 September at 16.00 hours. 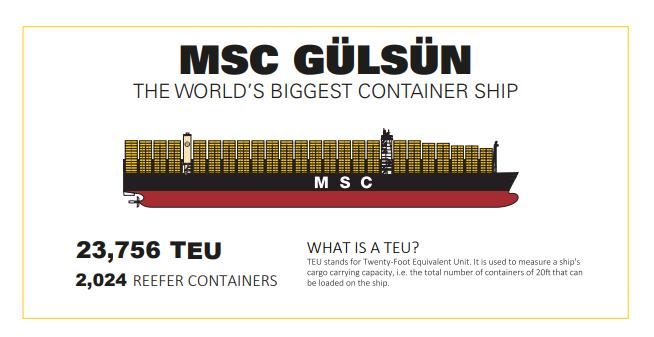 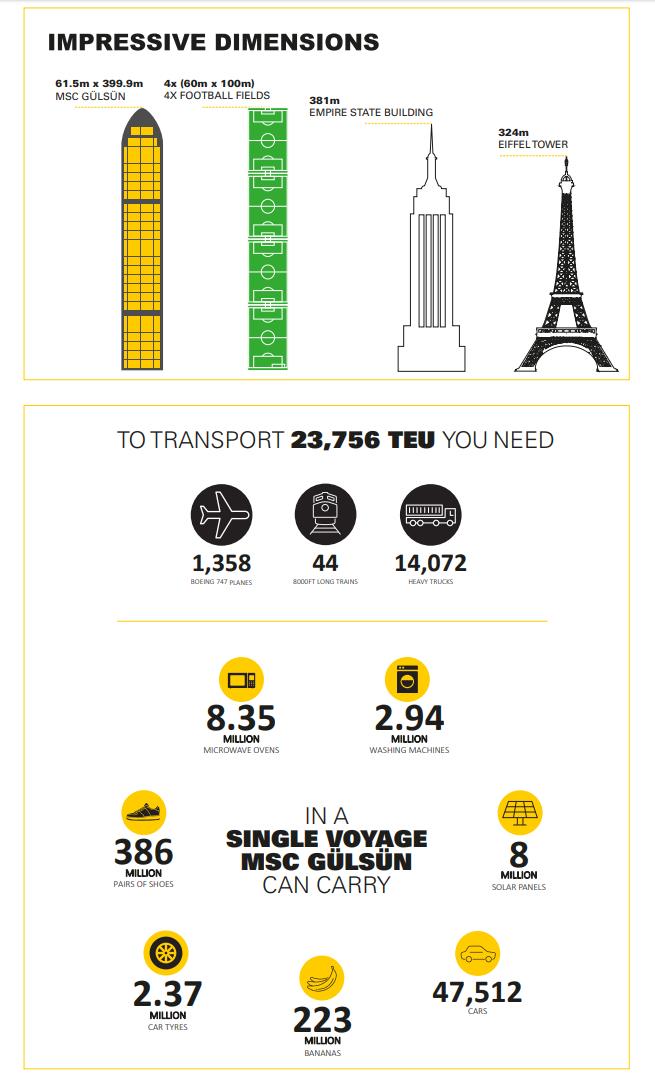 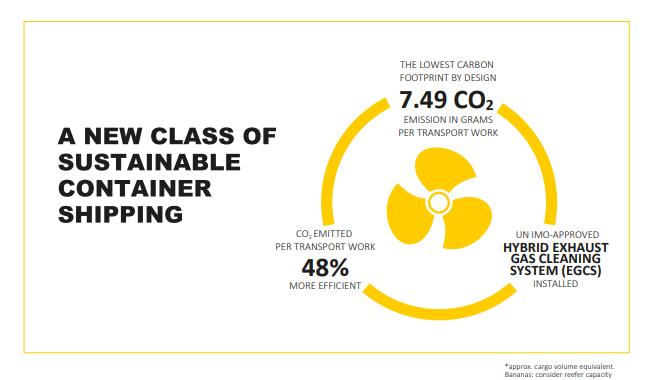