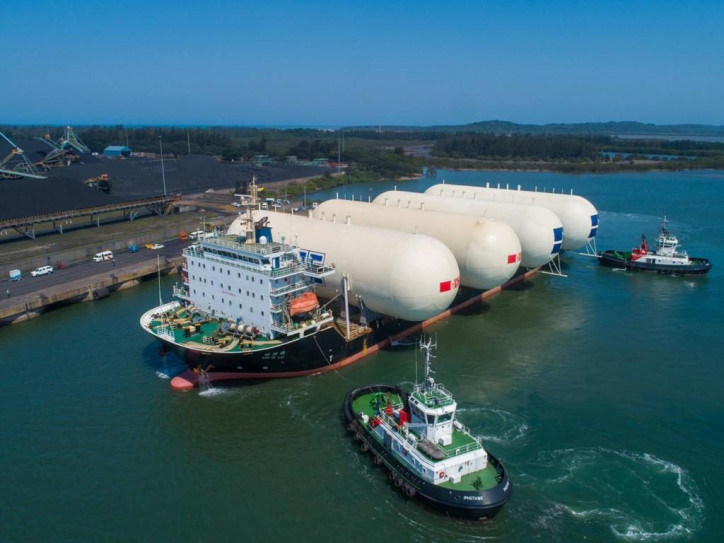 The bullets are for the R1 billion, 22600-ton capacity mounded LPG facility which is being developed at the port by Bidvest Tank Terminals (BTT), a unit of the Bidvest Group. The terminal will store LPG on behalf of independent LPG specialist Petredec, which ships the fuel from the US and the Middle East.

Construction began in October 2018 and the facility is expected to become operational in 2020, housing the largest storage tanks in the world.

Richards Bay Port Manager, Thami Sithole, said, “The arrival of these bullets is an exciting milestone not only for the Port of Richards Bay but for the future of LPG supply in South Africa, as the terminal will allow for a significant increase in the cost effective, reliable and safe supply of LPG to South Africa – considered the fuel of the future.

“We congratulate BTT and Petredec on this milestone and look forward to the launch of their terminal. This will enable the Port of Richards Bay to cater for ships that trade, transport, store and distribute LPG, which in the past would have frequently been forced to remain on layby outside our port for weeks and months, while incurring costs.”

Richards Bay was seen as the most suitable port to handle this capacity. The port is on Petredec’s shipping route and in close proximity to the main rail and road logistics routes going inland, particularly as most of the LPG will be used in Gauteng, the Free State and the North West. 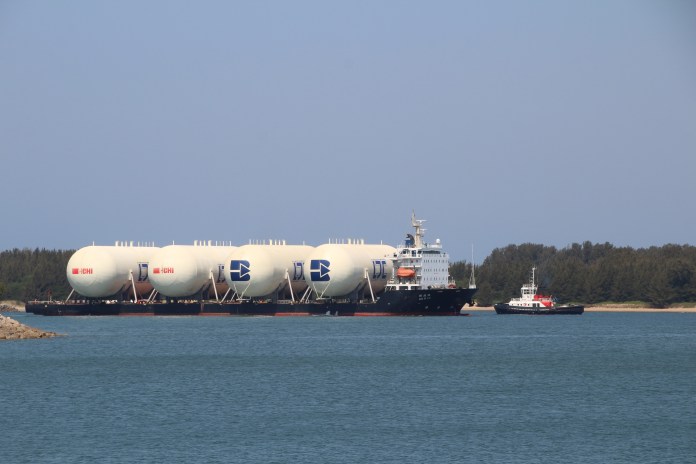 TNPA has said it intends using the ports as vehicles not only for storage and distribution, but also for access and transformation to ensure the sustainability of the country’s Energy sector.

Speaking at the recent National African Energy Wholesalers Association of South Africa (NAEWASA) 2nd Annual Energy Conference on Holistic Transformation in the Energy Sector at Mehlareng Stadium, Tembisa on 22 August 2019, TNPA’s Acting CE Nozipho Mdawe said, “Our ports play a significant role in enabling the liquid bulk sector due to the need for import and – to a lesser extent – export port infrastructure requirements. The liquid fuels sector is crucial to the South African economy, with 17% of the country’s imports being crude oil and petroleum products.”

“There will be other liquid bulk opportunities across the port system in future. With all of these opportunities, TNPA ensures that the operators will meet minimum transformation, supplier development and preferential procurement targets, aligned with legislation and the petroleum liquid fuels sector codes,” she added.

Transnet is also planning a multi-million dollar liquefied natural gas (LNG) storage and regasification terminal at the Port of Richards Bay and is looking for private sector partners to invest in and operate the facility. The state-owned company recently signed a cost-sharing agreement for a feasibility study with the World Bank’s International Finance Corporation (IFC), which has committed USD2 million to the study.

The Richards Bay Natural Gas Network (NGN) project will complement the delivery of LNG to new markets in the Eastern Cape and Western Cape provinces through the ports of Ngqura and Saldanha Bay respectively, and will support government’s future gas-to-power projects.

Meanwhile, at the Port of Ngqura TNPA is establishing an additional petroleum trading hub for Southern Africa through a new liquid bulk terminal being developed by Oil Tanking Grindrod Calulo (OTGC).