HMS Prince of Wales Prepares To Embark On Maiden Voyage

HMS Prince of Wales, the UK’s newest aircraft carrier, is expected to embark on her maiden voyage in the coming days. Cammell Laird has played a key role in the construction of this magnificent vessel – one of the most powerful surface warships ever constructed in the UK. 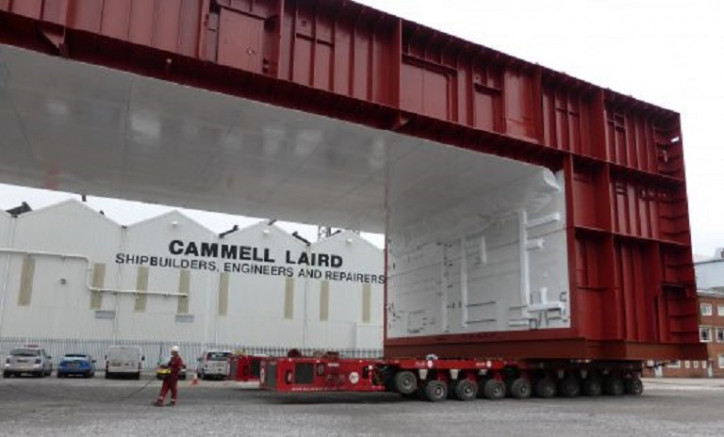 Following Cammell Laird’s successful completion of nine units for the first Queen Elizabeth-class aircraft carrier, the company’s block building expertise was called upon once again in 2013. As part of a new contract awarded by the Aircraft Carrier Alliance, Cammell Laird was tasked with fabricating and outfitting six units for HMS Prince of Wales.

Construction of the blocks began in July and involved a workforce of 250 people, including contractors.

The project made full use of Cammell Laird’s state-of-the-art facilities on the River Mersey in Birkenhead. The site is home to one of the largest and best-equipped modular construction halls in Europe – a building that is ideally suited to complex steel structure fabrication projects as it allows complete hulls or project-specific modules to be built without environmental interference. 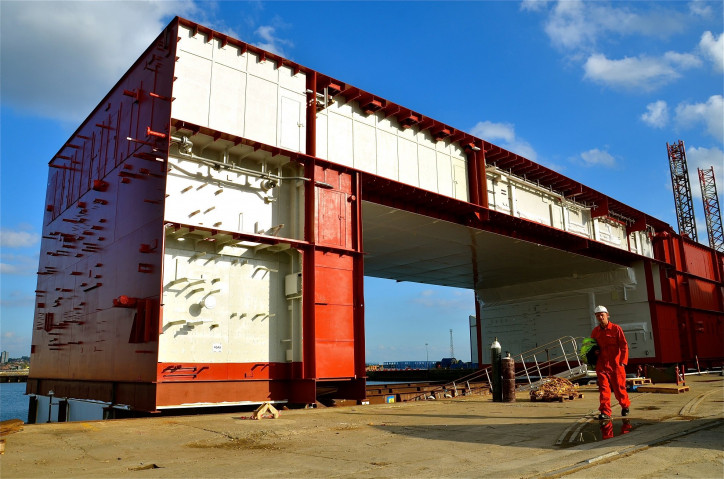 The first two centre blocks for HMS Prince of Wales were completed in autumn 2014. Known as CB02 Ring F and Ring G, these blocks were 40 metres wide, 15 metres deep and 10 metres tall. They weighed 942 tonnes and 642 tonnes respectively. After being moved to Cammell Laird’s non-tidal wet basin and loaded onto a large ocean-going barge, the units were transported to the Rosyth shipyard in Scotland where the carrier was assembled. Work on the additional four blocks was completed the following year.

The Queen Elizabeth-class aircraft carrier project required exceptionally advanced levels of engineering, particularly in welding technology. The work showcased the depth of the workforce’s skills and expertise in fabrication, steel and pipe work, as well as the company’s ability to manufacture large modules for the maritime, offshore and nuclear sectors.

The 65,000-tonne HMS Prince of Wales is currently moored in Rosyth but will soon set sail to begin a period of sea trials.