On September 21th, 2019, the world’s first container ship retrofitted with a Liquefied Natural Gas (LNG) engine, “Wes Amelie”, received LNG through a SIMOPS (simultaneous operations) ship-to-ship bunker operation from the world’s largest LNG bunker supply vessel “Kairos”. The operation took place at the Vuosaari Harbour container terminal in the Port of Helsinki, Finland. The transfer of LNG between the two vessels marks an important step in several aspects, with the operation being the first LNG ship-to-ship operation for the Port of Helsinki as well as the first SIMOPS LNG ship-to-ship operation for a container vessel in the Baltic Sea in general. 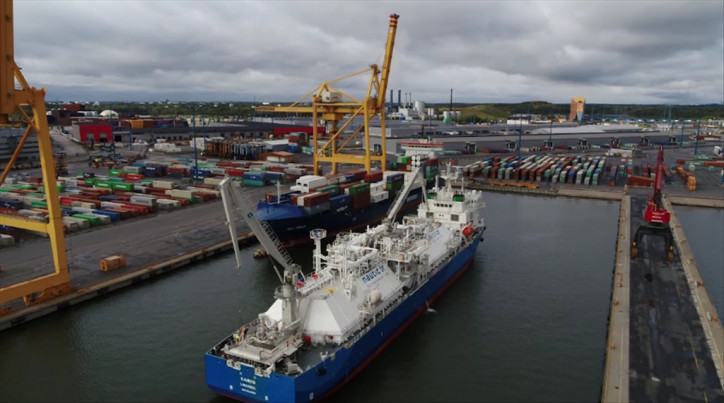 Hans Staal, Head of Bunker Procurement of Unifeeder, highlighted the importance of this event, “The first SIMOPS LNG ship-to-ship transfer at a container terminal for the “Wes Amelie” was a great success, due to the smooth cooperation between the crews on board of the LNG bunker vessel and the receiving vessel, the terminal and port operators, the Nauticor experts and our bunker team here at Unifeeder. This marks another milestone in our quest to develop a comprehensive LNG supply chain, making the use of LNG as fuel for container vessels more efficient.”

Therefore, Lydia Glabisch, Operations Manager at Nauticor, confidently stated, “We are proud that we have been able to achieve another important milestone together with Unifeeder and the Port of Helsinki. The successful operation proves again that bunkering LNG is already an established procedure in a variety of ports especially in Northwest Europe. Furthermore, bunkering LNG is as efficient and uncomplicated as bunkering conventional fuels, especially when it is performed ship-to-ship and in parallel to the cargo operations.

Andreas Slotte, Head of Sustainable Development at the Port of Helsinki, confirmed that view, “With the first ship-to-ship LNG bunker operation in our port being conducted successfully, the Port of Helsinki proves again its ambition to facilitate the use of more environmentally friendly alternatives to oil-based fuels. Today’s event was a natural next step in the process of LNG becoming even more mainstream as a maritime fuel in Helsinki.”

By using LNG, a wide range of emissions, especially sulphur, nitrogen and particle matters, as well as carbon dioxide, can be significantly reduced.

Source: Unifeeder (Additional information about the Port of Helsinki at CruiseMapper)