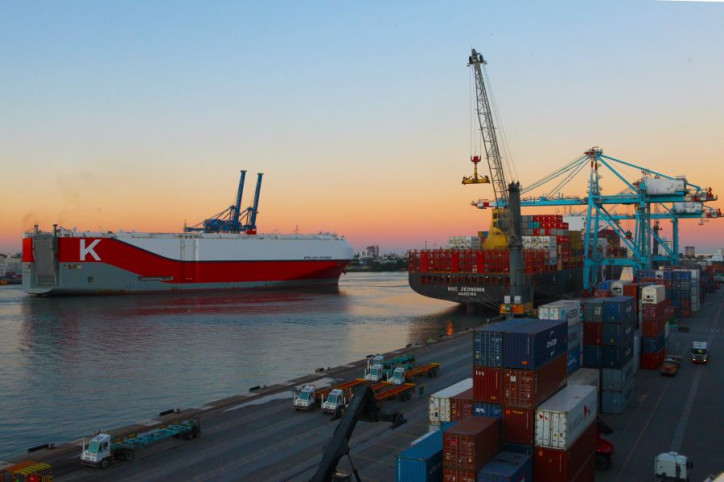 Traditionally focused on container operations, the opportunity to handle Ro-Ro cargo arose in March 2018. The prospect of diversifying their portfolio was seized by the terminal, after identifying that many of the facilities, skills and experience from its container operations were transferrable. After driving the vehicles out of the ship, they are routed to a special area of the terminal for inspection and secure storage before onward transportation.

“After four months of negotiation and tests, the terminal proved that its operational excellence could be transferred to Ro-Ro operations,” says Fernando Klein, Operations Manager at APM Terminals Itajai. “With 100% efficiency and total safety, the terminal demonstrated that it could achieve levels of productivity similar to experienced terminals already operating in this segment.”

“With the experience gained over the last year, our process of continuous improvement, and outstanding levels of efficiency, safety and damage control, we plan to approach other automotive manufacturers,” explains Diego Gelain, Sales Executive at APM Terminals Itajai. “Combined with our agile operation and focus on customer care, we have a very competitive Ro-Ro operation.”

Located in the Port of Itajai, Brazil’s second-largest container port, the terminal is strategically located to supply the South and Southeast of the country, home to its largest concentration of consumer markets. With this move, APM Terminals Itajai is also bringing vehicle cargo operations back to the Port, which offered Ro-Ro operations as recently as the late 90s and early 2000s.

Source: APM Terminals (Additional information about the Port of Itajai, Brazil at CruiseMapper)