A contract for three new Neopanamax electric cranes for the Bayport Container Terminal was approved Tuesday by the Port Commission of the Port of Houston Authority, which also authorized “critical-path” professional services for the Houston Ship Channel expansion project. 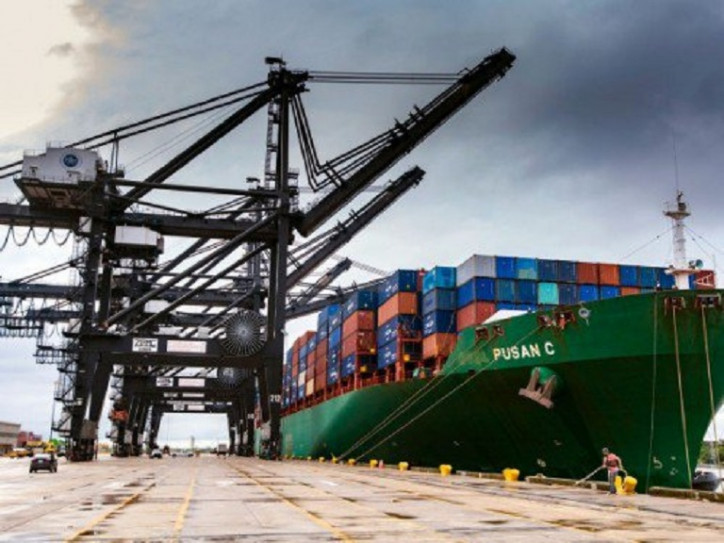 The $35 million dockside cranes are for Bayport’s Wharf No. 5, while the expansion of the ship channel, the busiest in the United States, is needed for improved safety and the future growth of regional and national commerce.

Port Houston Executive Director Roger Guenther noted during Tuesday’s meeting that the growth experienced recently at the port is continuing.

“Operationally, our facilities have handled close to 30 million tons of cargo through August, an increase of 7 percent over last year as both container volumes and steel have maintained their upward trends in 2019,” Guenther reported.

The number of twenty-foot equivalent units or container TEUs handled through August totaled nearly two million, an increase of 11 percent compared to this time last year. Guenther said he expects to approach three million by the end of this year.

The ship channel expansion work approved by the Port Commission includes critical-path professional services for engineering, design and project coordination. The widening and deepening of the ship channel will allow for economic growth to continue.

Given significant demand from industry to take advantage of current economic conditions and facilitate future growth, the Port of Houston Authority has proposed an expedited schedule whereby dredging could begin by 2021 and the project be completed in 2024.

The channel widening, along with deepening in some sections, is the eleventh and next major ship channel expansion project. The last widening and deepening of the channel was completed in 2005.

The professional services contract approved by the commission was in an amount not to exceed $5.5 million and was awarded to TC&B/GBA, a joint venture of Turner Collie & Braden Inc and Gahagan & Bryant Associates Inc.

The three new ship-to-shore cranes are expected to be operational in the summer of 2021 and will be the tallest to date for Port Houston, standing at 158 feet (or 48 meters) under the spreader and will be capable of handling 18,000 TEU-sized container ships. The three cranes will bring Port Houston’s fleet of ship-to-shore cranes to 29 cranes in total.

Port Houston continues to be among the fastest-growing container ports in the country, fueled by an increasing number of import distribution centers in the Houston region and a robust manufacturing base in the State of Texas.