NIBULON, a leader in the agrarian market and shipbuilding sector of Ukraine, once again demonstrated its productivity, innovation, and efficiency. Recently, the company has put into operation a 140-m NIBULON MAX river-sea floating vessel, the longest one built for the past 25 years of Ukraine’s independence. The vessel flies the Ukrainian flag. The event was held as part of the international TRANS EXPO ODESA MYKOLAIV 2019 Forum organized by NIBULON together with MediaCompass at NIBULON shipbuilding and repair yard in Mykolaiv. 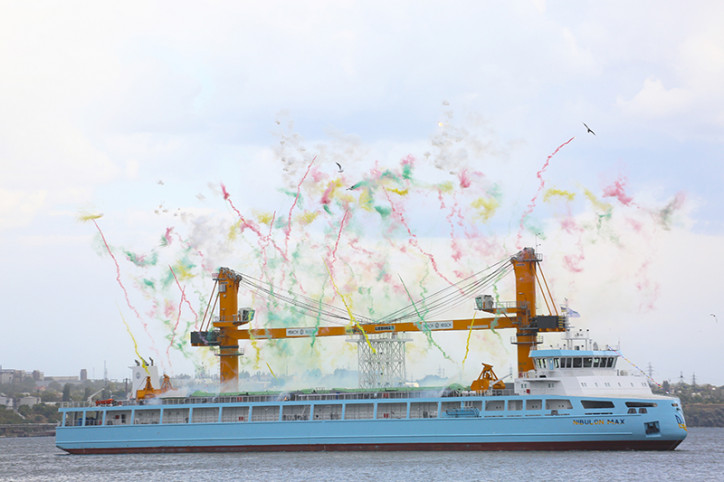 Construction of this class vessel is an absolutely new and higher level of NIBULON’s shipbuilding facilities. For this purpose, the shipyard modernized a slipway as well as a launching and lifting gear, thereby increasing the number of launching ways. The company reconstructed and modernized the existing capacities. Upon its completion, the shipyard will be the most state-of-the-art facility in Ukraine and, without doubt, one of the best shipyards in Europe. 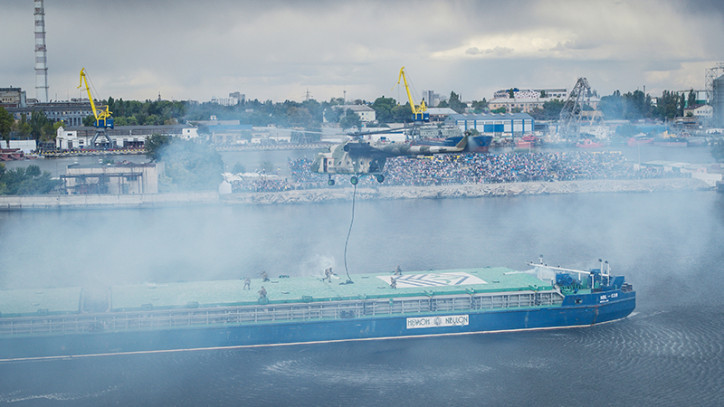 “The 2018/19 marketing year became the most successful in the history of NIBULON’s shipping company. We achieved the goal set, having transported more than 3.5 million tons of various cargoes by inland waterways; thus, the company has increased transportation volumes by 40 %. Consequently, NIBULON removed more than 145 thousand trucks from roads.” 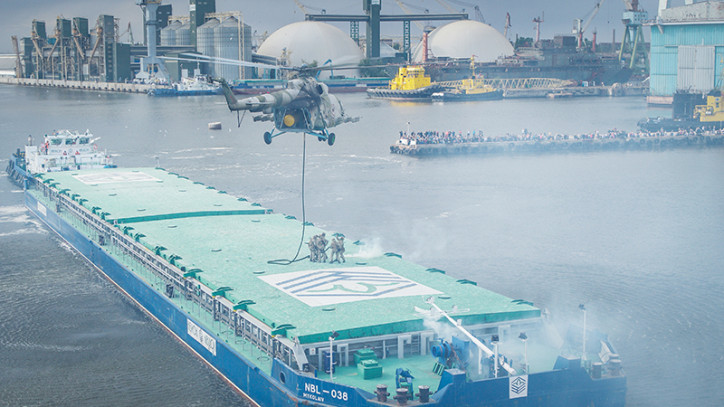 By the end of this year, the company’s fleet will number 80 units. Most of the vessels were constructed according NIBULON’s own projects and at its own shipyard.  During this day, NIBULON keel-laid new vessels, namely Т410 harbour tug designed for pushing and docking operations and non-self-propelled B1500 project open type vessel. The vessels will transport building cargoes along the Southern Buh River.