Kotug celebrates start of operations for Fortescue in Port Hedland

With the successful start an important milestone has been reached in the execution of the contract to operate the tugboat fleet for Fortescue Metals Group (Fortescue) in Port Hedland, the world’s largest bulk export port on Australia´s west coast. The fleet consists of eight new ART 85-32W and one RT80-32 Rotortugs®. Six of them are Fortescue owned, three are owned by KOTUG, which are chartered directly to Fortescue. KOTUG manages the entire contract. 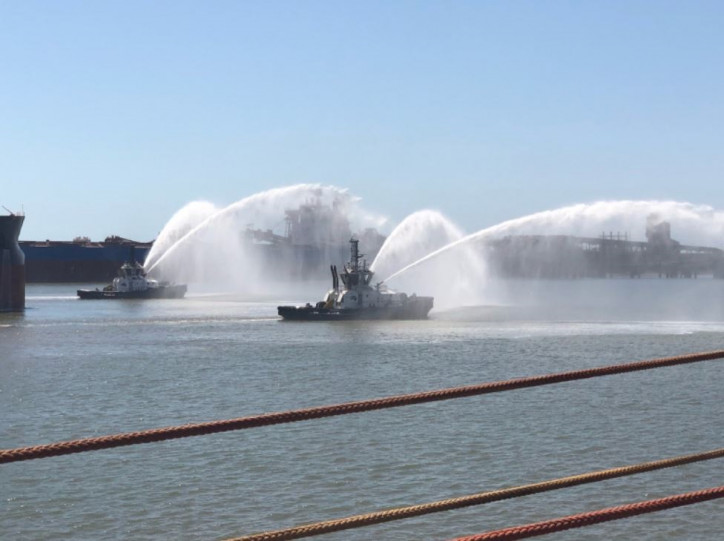 Port Hedland in the Pilbara region of Western Australia, is the site of the highest tonnage port in Australia. Assisting world’s largest, heavy loaded vessels through small channels with difficult bends requires well trained crews and the right method of towing tool. By using the patented high-end Rotortug® technique KOTUG maximizes the tugboat efficiency while safeguarding the safety for the operator.

The Rotortug® propulsion configuration makes the Rotortug® the safest tugboat available because the third thruster always provides a way out in challenging situations while it also guarantees maximum maneuverability . The local team members are trained according to the highest standards by the leading company in tug training Tug Training & Consultancy (TTC), providing professional tug training and world-leading towage expertise. KOTUG contracted Westug for managing the day-to-day operations.

“KOTUG is renowned for establishing solid, long-term business relationships with clients in industries such as Oil & Gas, Mining and Renewables” says Ard-Jan Kooren, CEO of KOTUG International. “We commit to continuously improvement and I am proud to say that together with Westug we have an amazing team that can make this happen. We thank Fortescue for their trust in KOTUG and value their business, it fits our strategy to expand our activities in the Australian market from our local offices in Perth and Port Hedland.”