Seaspan Shipyards (Seaspan) announced yesterday that the third Offshore Fisheries Science Vessel (OFSV) for the Canadian Coast Guard (CCG) has reached structural completion. With all external hull welds completed and inspection approved by Lloyd’s Register, the Classification Society, Seaspan’s team is now undertaking the next phase of pre-launch activities including hull preparation and painting. The third OFSV is on track for Launch in early 2020. 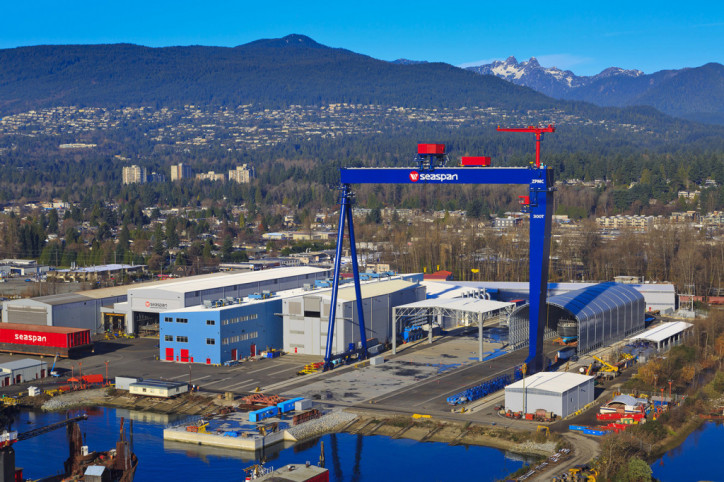 This milestone on the third OFSV follows two other significant events that have occurred in the last five months, the launch of the second OFSV, the future CCGS Capt. Jacques Cartier on June 5 and Delivery of the first OFSV, the CCGS Sir John Franklin on June 27.

The three Offshore Fisheries Science Vessels are equipped with the latest equipment to support vital science and research work for the Department and Fisheries and Oceans (DFO) and the Canadian Coast Guard, including monitoring Canada’s marine ecosystems and supporting search and rescue missions along Canada’s coasts.

The first OFSV, the Sir John Franklin, is the first large vessel to be built and delivered under the National Shipbuilding Strategy. She is now undergoing Crew Training and Sea Readiness activities with her crew in advance of full operational deployment in early December.

The company announced the news on the opening day of DEFSEC Atlantic in Halifax where it is meeting with customers, industry partners and suppliers. As a national shipbuilder with a growing supply chain across the country, Seaspan looks forward to welcoming visitors to booth #523 to discuss current and future programs.

“I’m very proud of the progress our team is showing to reach these critical milestones and deliver these state-of-art vessels to the Canadian Coast Guard. We are gaining momentum with every vessel which is vital for enabling the Canadian Coast Guard to conduct important missions that ensure safe, accessible and sustainable use and development of Canada’s oceans and waterways.” – Mark Lamarre, Chief Executive Officer, Seaspan Shipyards