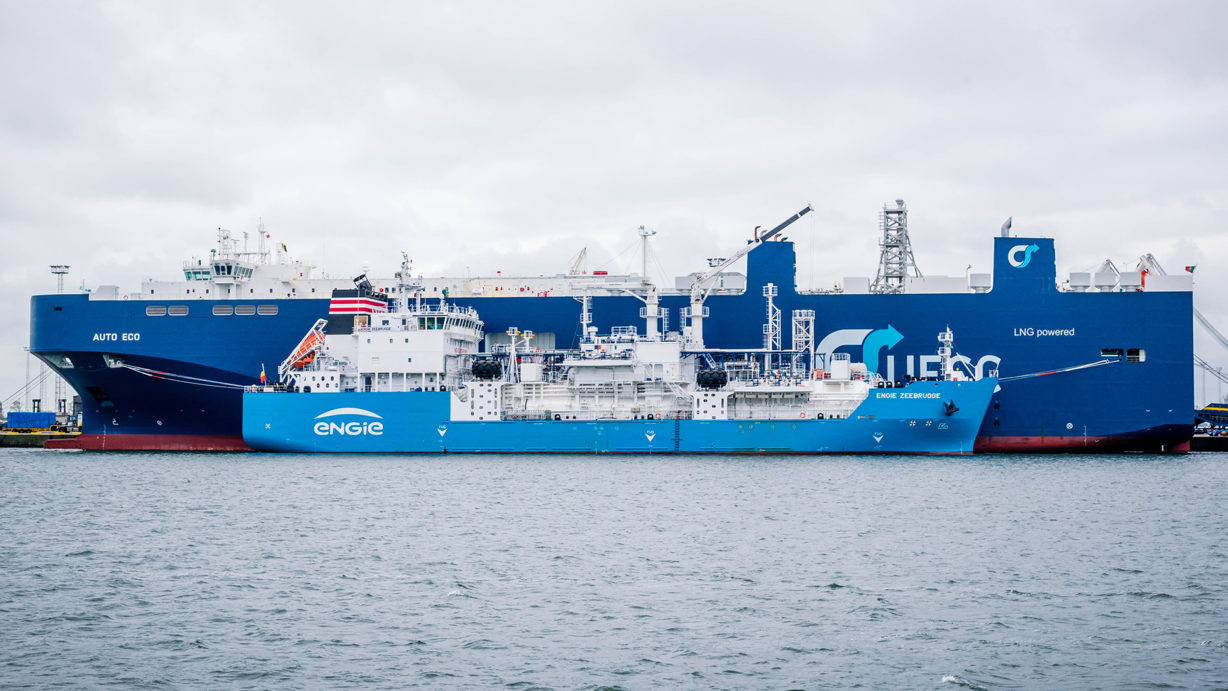 Driven by a requirement to supply LNG-powered new builds, LNG bunkering infrastructure has, and continues to expand rapidly.  LNG Bulk infrastructure is already developed in many ports and matches up well against existing liner trades. Of the top 25 global ports ranked by volume of trade, bulk LNG is already available in, or close to, 24 of them.  Importantly nine out of the top ten bunker ports can already, or plan to by 2021, supply LNG as a marine bunker fuel.

European regional port pioneers of LNG operations in the Baltic and North Sea have been joined by other public-private initiatives in the Mediterranean such as the Poseidon Med II project.  LNG is now or soon will be available at multiple Mediterranean ports in France and Spain, as well as Gibraltar with development plans set to include Cyprus and Turkey.

Additionally, there are increasing numbers of LNG-bunker vessels entering service to provide the last mile delivery from the existing infrastructure. At the end of 2018 nine LNG bunker vessels were in operation – up from one vessel at the beginning of 2017. These numbers are expected to more than double by 2020.  From declared orders we anticipate that LNG bunker vessels should be operating globally within the next four to five years at key bunkering nodes in Asia, Europe, the Middle East, and North America.  Plans for LNG bunkering in South Africa and South America have recently been announced and the number of bunker vessels can be expected to grow further.

Asian governments are also endorsing LNG as a marine fuel.  South Korea’s multi-billion-dollar announcement to develop LNG bunkering facilities in the country is one recent example.  LNG bunkering has commenced in Japan with a bunker vessel shortly to arrive to supply Ise Bay and Mikawa Bay near Nagoya port.  Another vessel is under construction for Tokyo Bay, Japan’s centre for cruise passenger ships and container traffic, near Yokohama port.  Singapore, the world’s largest bunkering port, granted subsidies to build LNG bunkering vessels to its two licenced LNG bunker suppliers. Both the Japanese and Singapore developments involve SEA\LNG members.  Next year Chinese gas distributor ENN Energy’s new 8,500-cbm LNG bunker vessel will begin to operate from its Zhoushan terminal, close to Ningbao in China.

While this initial coverage will not suit a number of non-liner or tramp operations, scheduled liner services will be well served along the major trading routes including Asia to Europe and North America.  Considering the lead-time for newbuild vessels, the LNG bunkering infrastructure will be well positioned by the time any vessels ordered today are on the water. The supply of LNG will expand as demand increases, and we anticipate this will continue as the new vessel order books continue to favour LNG powered vessels.  Already, over 25% of newbuilding cruise vessel capacity has chosen LNG as its marine fuel. We also see a significant orderbook for container vessels and additional PCTCs as well as Aframax product tankers. From 223 LNG capable vessels last year, there are over 300 this year. DNV-GL’s public database showed orders for nearly 200 more, confirming the strong growth in LNG fuelled vessels we have been forecasting.  Ongoing developments in infrastructure and bunkering to support LNG as a marine fuel can be tracked using SEA\LNG’s LNG Bunker Navigation tool.

All of this activity makes sense as LNG is the only safe, scalable, commercially competitive fuel that provides the clean air and human health benefits demanded in the IMO 2020 mandate and by many local communities.  LNG can also reduce carbon emissions by up to 28%, on a tank-to-wake basis, as noted in the benchmark study done by thinkstep in 2019. Together with changes in vessel design and operations that are expected in future EEDI improvements, LNG as a marine fuel should meet IMO 2030 targets.  With anticipated use of bio and/or synthetic methane, LNG provides a potential pathway to future carbon reductions sufficient to meet IMO 2050 GHG targets and long term desires for carbon-neutral global shipping.