Golar Power Limited (Golar Power) and Petrobras Distribuidora S.A. (BR Distribuidora) announce today the formation of a Partnership for the development of an LNG distribution businesses in Brazil.  The intention is to introduce liquefied natural gas (LNG) as an alternative to the fuels currently available to Brazil’s cargo and people transportation, industrial, thermoelectric generation, commercial and residential sectors.

Both Golar Power and BR Distribuidora believe that LNG is an innovative and potentially disruptive solution for the transportation sector in Brazil that delivers environmental benefits as well as important economic gains for customers, society and for Brazil as a whole. Formation of this Partnership coincides with the opening up of Brazil’s natural gas sector and a thirst from society for cheaper, cleaner and more efficient alternatives to the fuels currently on offer.

Partnering BR Distribuidora's infrastructure and experience in the fuel distribution sector with Golar Power’s LNG industry experience is expected to facilitate the rapid development and penetration of small-scale LNG solutions across the country.

With more than four decades of experience in the fuel distribution sector, a national network of more than 7,600 fuel stations, 95 Bases of Supply, Operation and Distribution, recognition for the size and reach of its activities, for its presence in all regions of Brazil, for having a “Top of Mind” brand of great credibility and for its innovation and pioneering spirit as the first to commercialize ethanol and to sell compressed natural gas, BR Distribuidora can legitimately claim to be Brazil’s leading fuel distribution company. Consistent with this pioneering spirit and in line with an aspiration to be at the forefront of a changing energy market and being able to offer the energy that society needs to get around, BR Distribuidora was already evaluating opportunities to operate in the LNG distribution business in Brazil.

Golar Power, a 50/50 Joint Venture between Golar LNG Limited (Golar) (NASDAQ: GLNG) and the North American investment fund Stonepeak Infrastructure Partners has an important presence in the LNG chain in Brazil. Having operated in the LNG sector for over four decades itself and in Brazil for over a decade, Golar has extensive LNG experience and is also recognized for its capacity for innovation in the industry - being a pioneer in the development, implementation and operation of floating LNG storage and regasification units "FSRUs", and more recently in floating liquefaction "FLNG". Golar Power has been working on further integrating the LNG value chain, including the development of a small-scale LNG distribution market, providing technical solutions focused on cost and risk reduction. Golar, together with its affiliates, is one of the largest owners and operators of intermediate “midstream” marine LNG infrastructure, with a fleet of 27 vessels, including LNG carriers, FSRUs and FLNGs. In Brazil, Golar Power and its partners are developing the country’s largest natural gas-fired thermoelectric plant, with an installed capacity of 1.55 GW, and an associated LNG regasification terminal in Sergipe. Golar Power was also the winner of the 2019 A-6 Electricity Auction, which contemplates the construction of a new 605MW LNG supplied thermoelectric plant in the state of Pará together with a dedicated LNG terminal with the potential to supply a region with the largest  potential for energy growth in Brazil.

The partnership between Golar Power and BR Distribuidora foresees the use of the entire network of gas stations and supply bases of BR Distribuidora as well as Golar Power's LNG terminals and ships to facilitate the comprehensive rollout of LNG supply to Brazil’s transportation and industrial sectors, particularly in regions not supplied by gas pipelines.

BR Distribuidora, being a major user of road transport itself, also intends to replace its currently hired fleet of approximately 5,000 trucks with vehicles that use LNG. To this end, BR will seek to gradually replace its diesel truck fleet with LNG-powered trucks, with the ultimate goal that 20% of the total fleet will be replaced annually with LNG trucks.

Eduardo Antonello, Golar Power CEO comments: “We believe in LNG as the only viable fuel to replace diesel, LPG and HFO globally. The abundance of natural gas supply over the long term and the price parity in relation to diesel and LPG, make LNG a real alternative - cheaper, cleaner and more effective in transportation and industrial use. Over the past few years, we have been working on the basic infrastructure to make a project of this scale feasible, and now we will have a robust partner that allows the penetration of a disruptive solution in a country of continental dimensions like Brazil. We are extremely satisfied with this partnership that has been in the making for some time and promises to be something truly transformational.” 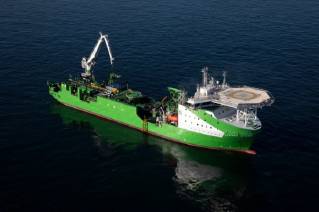 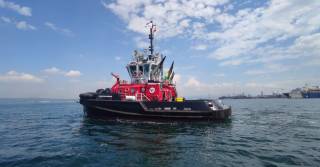