The Viking Princess will be redelivered to Eidesvik end April due to the current market situation. 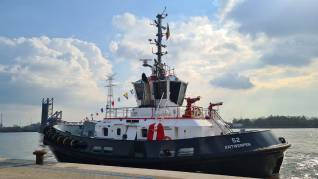