In the early morning of Feb 8 the tug Fairmount Expedition as the last ship involved in the salvage of the container ship CSCL Indian Ocean near Wedel reached the Elbe estuary after KOTUG Offshore B.V. and Smit Salvage were contracted with the refloating of the ship. It had sailed from Rotterdam on Feb 7. 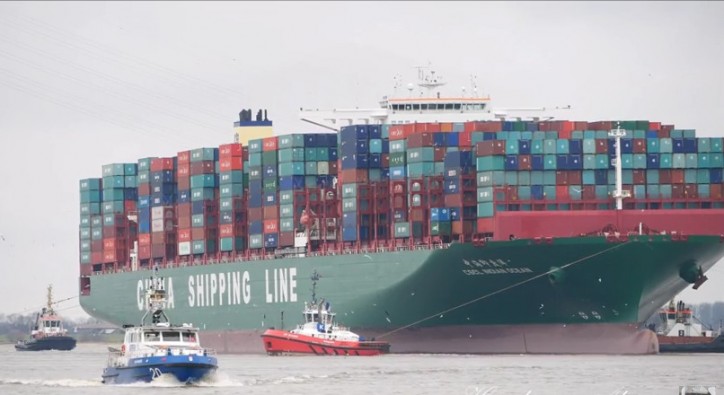 Few days earlier, on Feb 4, the tug Union Manta left Rotterdam and reached Bützfleth the following day. Both vessels have more than 200 tons pulling force each and will be the core of the tug fleet of 12 vessels with more than 1000 tons pulling force which will be involved in the salvage attempt which will start on Feb 9 at 3 a.m. Among the vessels are also the strongest tugs based in Hamburg.

During the weekend Smit in a co-operation with the classification society DNV-GL from Hamburg developed a salvage plan for container ship CSCL Indian Ocean.

At the same time the dredgers Barent Zanen, Causeway, the Njörd and Razende Bol with flushing lances removed large amounts of sediment around the grounding site.

In the morning of Feb 8 the tugs Bugsier 10, Dhamra, SD Dolphin and SD Rover were on standby at the CSCL Indian Ocean location.