In cooperation with R. Allan Ltd. (RAL) and Novatug B.V., Voith participated in the development of a new tug. The Carrousel RAVE Tug (CRT) is characterized by a towing winch on a ring. This ring can rotate freely around the tug's deckhouse – a unit referred to as the "Carrousel Towing System". This system eliminates the risk of capsizing under a tow load.

In combination with two Voith Schneider Propellers (VSPs) arranged in-line, the tug design allows for a slender and highly efficient hull. New and previously unseen levels of tug operation safety and efficiency will be reached with this evolutionary concept. The first two Carrousel RAVE Tugs are currently under construction for Novatug B.V., a subsidiary of Multraship Towage & Salvage. 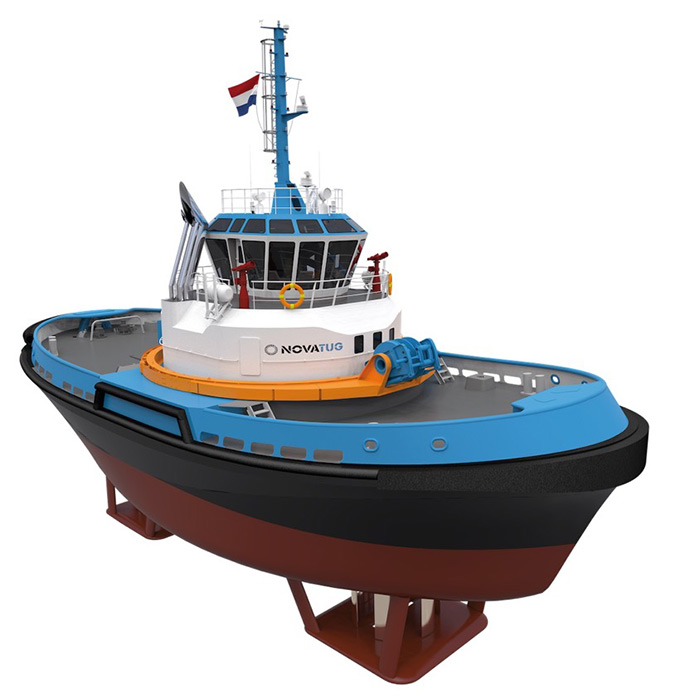 Braking and steering operations can be performed highly efficiently with the new tugs. Utilization of the hull forces rather than the propulsor forces results in lower fuel consumption and fewer emissions. The CRT can carry out maneuvers not been seen before with any other tugboat concept. During these maneuvers, the yaw angles of the tug are virtually limitless. The VSPs were chosen for their precise thrust control, quick response and insensitivity to variations in inflow direction. Arranged in-line, the VSPs allow very smooth and precise control of the tug heading under all possible operating conditions. The towline force can continuously be controlled safely and precisely via the VSPs. 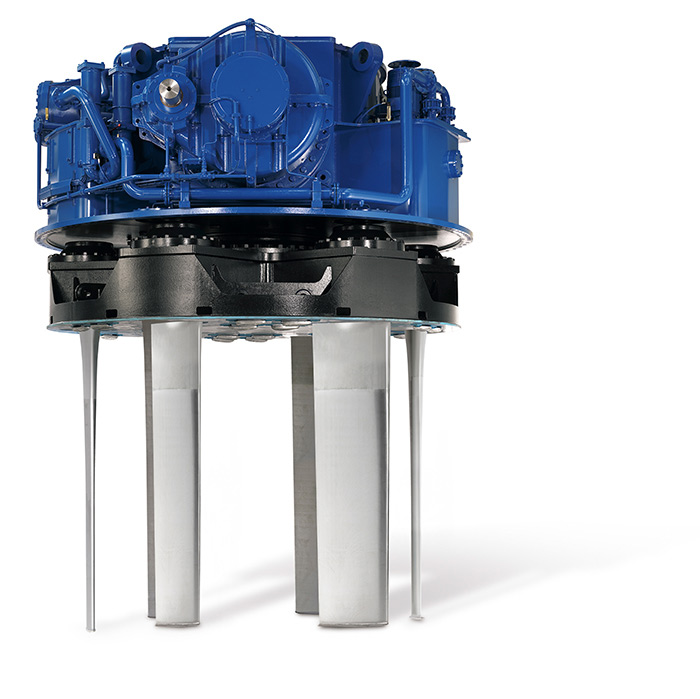 The VSPs were chosen for their precise thrust control, quick response and insensitivity to variations in inflow direction. They are controlled via a fully redundant Voith electronic joystick control system. Image: Voith

With the help of Computational Fluid Dynamics (CFD), the Voith ship simulator and model testing, extensive optimization work has been performed on the design to determine the optimum position of the propellers relative to the carrousel system as well as the optimum size and position of the skeg. The result is a very well balanced tug that is stable and easy to handle in all sea and weather conditions. The VSPs are controlled via a fully redundant Voith electronic joystick control system.

In November 2015, Damen Shipyards Group began construction of the tugs through their subsidiary Van der Velden Barkemeyer GmbH. Delivery is scheduled for the first quarter of 2017. The CRTs are 32 meters in length overall and have a maximum operational draught of 6.30 meters. Propulsion is via two 32RV5 EC/250 Voith Schneider Propellers in combination with 1150 DTL Voith Turbo Couplings, Renk gear couplings and two ABC main engines delivering 2,650 kW at 1,000 rpm. The slender hull shape of the CRTs and the controllable pitch propeller characteristic of the VSPs allow a free running speed of 14 knots. The bollard pull will be 70 tons. Irrespective of the compact size of the CRTs, the steering forces reach an impressive 160 t at 10 knots.