Are ships really avoiding the Suez?

While the Nile River has frequently been described by Egyptians as the country’s lifeline, the Suez Canal could be considered the pulse of the Egyptian economy. The canal has recently become the economy’s primary source of hard currency, in light of Egypt’s dwindling foreign reserves, the deteriorated tourism sector and the declining influx of foreign investments.

Thus, news that the Suez Canal is facing a setback alarmed officials, experts, citizens and both supporters and opponents of the current regime and its canal development projects. SeaIntel Maritime Analysis, a market intelligence provider in the container shipping industry, said Feb. 26 that the price of bunker fuel is now so low that it is cheaper to reroute many Asia-US East Coast and Asia-north Europe services to the Cape of Good Hope, away from the Panama and Suez canals. 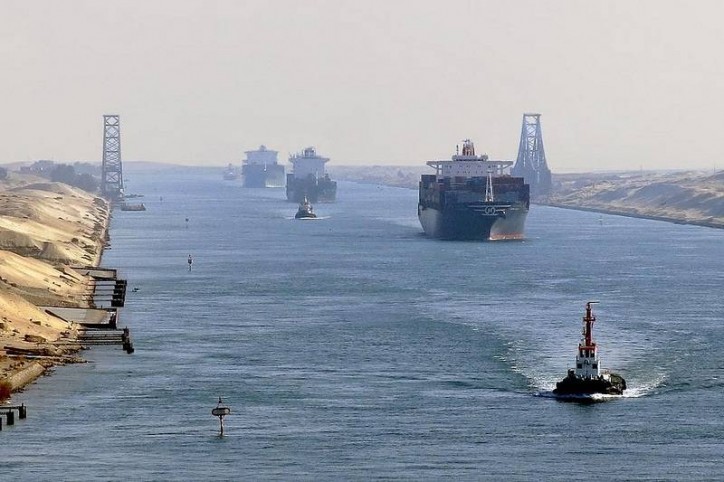 CNBC’s website said that SeaIntel’s report clarified that in light of falling fuel prices, ships can buy more fuel and take the longer Cape of Good Hope route — compared with the route passing through the Suez Canal — at a faster speed, which would save time and, on average, $235,000 per voyage. The report also indicated that from October to February, 115 vessels returning to Asia from northern Europe and the US East Coast sailed around South Africa instead of using a canal.

In several press releases, statements, speeches and phone calls to TV shows, Suez Canal Authority chief Adm. Mohab Mamish said that 115 vessels represent only a fraction of the more than 17,000 vessels that passed through the Suez Canal in 2015. He also noted that since the canal was improved to handle larger vessels, its earnings are no longer measured simply by how many ships pass through, but rather by the number of vessels and their cargo. The Cape of Good Hope route, he added, is a substantial 12 days longer than the route through the Suez Canal.

Tarek Hassanein, the Suez Canal Authority’s media officer said in an interview for a local media that the authority isn’t concerned by SeaIntel’s report that the drop in fuel prices makes it less expensive for ships to travel the longer route. 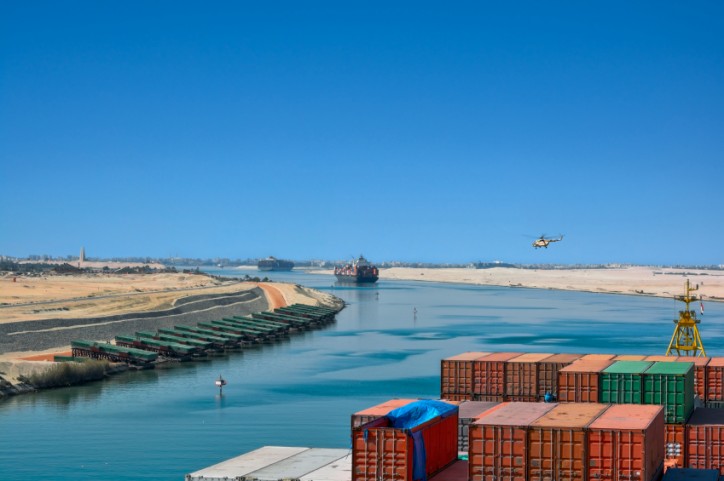 This shows that vessels keep using the Suez Canal despite its tariffs and the oil slump. Mohamed Kamel, a navigation researcher, attributes this to sailing schedules.

“Despite the global economic crisis, some vessels are still bound by [strict] sailing schedules,” he said.

According to Said Ayoub, former captain and navigation expert, it’s not just a matter of increasing speed to make up for a longer route.

“It is not logical to assume that vessels may increase their speed to reduce the sailing time via the Cape of Good Hope route, since vessels abide by different speed limits in straits and among commercial fleets. The speed is controlled to a great extent by the load and the weather conditions, which are factors that professional transport companies try to avoid by opting for shorter routes.”

He said the Suez Canal will remain less costly despite the drop in fuel costs because longer distances “reduce the lifespan of each vessel and increase maintenance costs and possibly the quantity of defective transported goods, food commodities in particular.”

Concerning SeaIntel’s report, he said, “The 115 vessels mentioned in the report might have carried goods from Europe or America to Africa or vice versa, but part of the goods were addressed to the countries of the western cost of Africa, so they were obliged to sail through the Cape of Good Hope.”

Farag Abdel Fattah, an economics professor with the faculty of economics and political science at Cairo University, told Al-Monitor that lower fuel costs could actually work in the canal’s favor.

“Lower oil prices will consequently reduce the shipping costs, which may promote imports and exports between Asia and Europe — thus increasing [competition and traffic] and leading to crammed sailing schedules. To meet the schedules, the vessels will be forced to take the Suez Canal route.”