MV Theben is the latest edition to the growing number of High Efficiency RoRo (HERO) class vessels being introduced by WWL. The vessels are designed to fit the new Panama locks, which will open in June this year.

Theben joins her sister vessels Thalatta and Thermopylae in the line of Post-Panamax vessels, which have been built to accommodate a greater variety of cargo and be more energy efficient. This is the third in a total of eight new RoRo vessels that will commence service for WWL between 2015 and 2017. 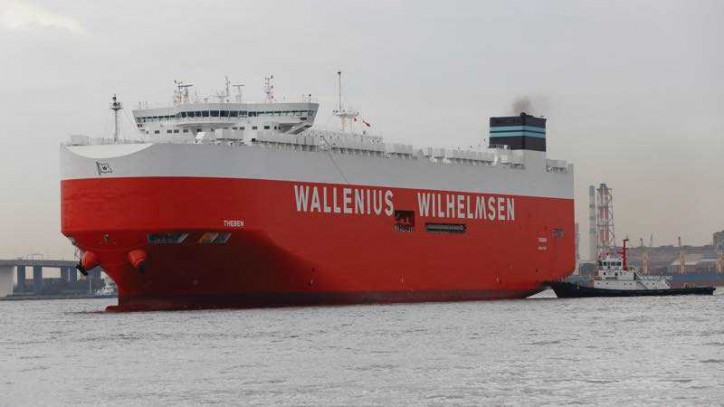 MV Theben is the latest edition to the growing number of HERO vessels being introduced by WWL - Image: WWL

Like the previously launched HERO vessels, Theben measures almost 200 metres long, 36.5 metres wide and features five liftable car decks, allowing for multiple configurations and a wide variety of customer cargo. The vessel can transport up to 8,000 car equivalent units. With the new draft, she can call ports with shallower depths, increasing her geographical scope of service.

The vessel has a specially designed hull shape, rudder and bow to reduce drag and wave resistance, thus improving fuel efficiency. She is also fitted with an exhaust gas cleaning system that reduces sulphur emissions to below 0.1 per cent in compliance with ECA regulations and removes 70 per cent of particulate matter. All HERO class vessels comply with the International Maritime Organisation’s guidelines on ship recycling.

On her maiden voyage she will be employed in the Asia-Europe trade, where loading started April 18 in Yokohama, Japan. 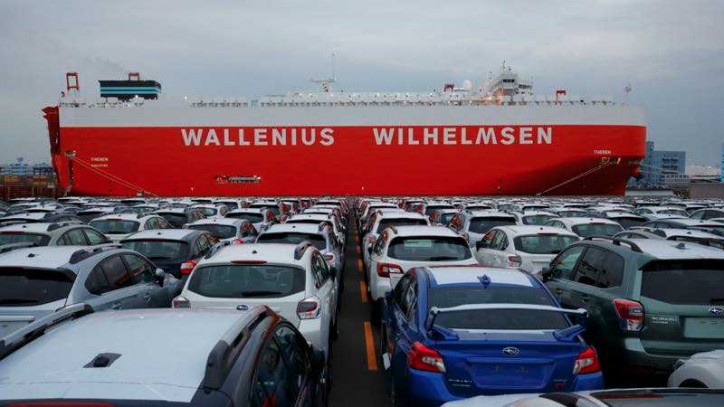