The crew of Coast Guard Cutter Morgenthau assisted in the rescue and safe transit of a 400-foot cargo vessel with 12 people aboard during a multiple day operation in the Gulf of Alaska.

The Resolve Pioneer, a sea going tug boat based in Dutch Harbor, arrived on scene Saturday and set up tow with the motor vessel BBC Colorado under the observation of Morgenthau. Upon confirmation that the tow was holding and intact, Morgenthau crew resumed their mission of fisheries enforcement in the Gulf of Alaska and Bering Sea, and the Resolve Pioneer made way for Washington with the BBC Colorado in tow. 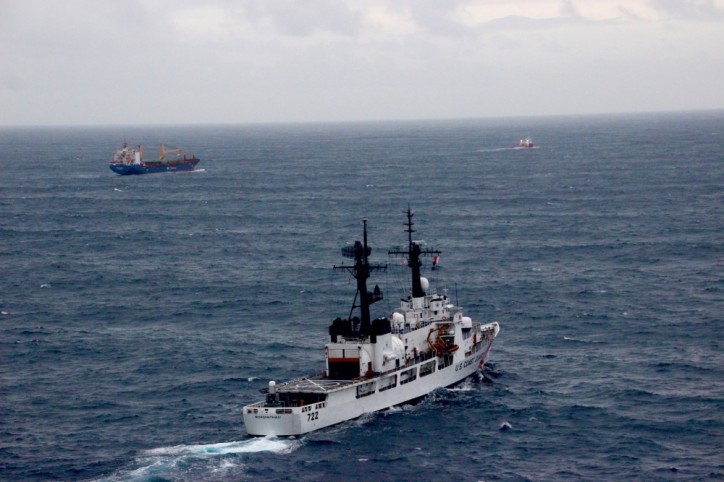 The Coast Guard received a call for help Oct. 5, 2016, from the master of BBC Colorado who reported they had experienced a severe engine casualty, restricting their speed and maneuverability. With forecasted seas of 30-feet and winds in excess of 50 knots closing in on it’s location, the Colorado requested the Coast Guard’s assistance. Morgenthau was diverted to the scene approximately 500 miles away.
While en route, the Morgenthau’s onboard command center worked jointly with the 17th District Command Center in Juneau to create a rescue assistance plan for the Colorado. The Coast Guard issued a marine assistance request, resulting in the response from the Resolve Pioneer. The Resolve Pioneer began making way towards the BBC Colorado Oct. 7, 2016. 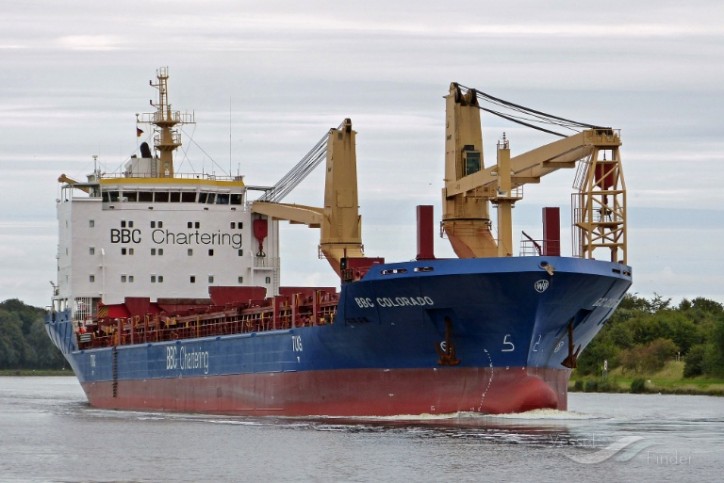 Morgenthau then maintained a constant presence with the Colorado for over 24 hours until the Resolve Pioneer was on scene. Morgenthau readied emergency gear, including heavy towing lines, survival equipment and increased the crew’s readiness in case immediate response was necessary.

Morgenthau, homeported in Honolulu, was on an Alaska Patrol to carry out a living marine resources mission in the Bering Sea.

The Resolve Pioneer and Morgenthau have trained together on emergency tows in the past. In September of this year the two vessels conducted a training exercise near Dutch Harbor utilizing a towing system designed specifically for large cargo vessels disabled in the region.