Overcrowding is dangerous. Listen to crew. Follow instructions. It could save your life. These simple but key messages to ferry passengers are included in a new one-minute animated IMO safety video, to be shown in ferry terminals across the Asia and Pacific region and on national TV channels. The video was commissioned following a series of IMO-sponsored regional discussion forums on ferry safety held in the Asia and Pacific region. Overloading and overcrowding were highlighted as common and potentially deadly problems for passenger ships plying inland waterways or on domestic and inter-island services. 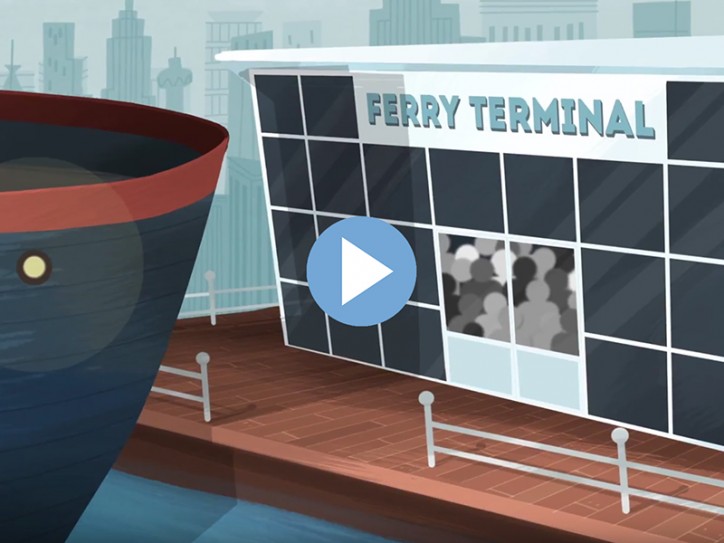 Domestic ferry operations play a crucial role in the movement of people and goods in the region and sometimes represent the only possible or reasonably affordable means of transport. "Safety standards on domestic passenger ferries should be as stringent as those on international vessels," said Bekir Sitki Ustaoglu, Head Asia-Pacific of IMO Technical Co-operation Division.

"We hope that this video will help raise awareness amongst passengers, crew and ferry operators. This should contribute to safer sea journeys for everyone."

The video is being provided free-of-charge to national maritime authorities across the Asia and Pacific region. It can also be viewed here.

IMO, in collaboration with partners including the international ferry industry association, Interferry, has been working with countries and partners in the Asia-Pacific region for a number of years to address the safety of domestic ferries, through regional fora and workshops. A set of guidelines (Manila Statement) on the safe operation of coastal and inter-island passenger ships not engaged on international voyages was adopted in 2015, by an international Conference, held in the Philippines and organized by IMO in collaboration with the Government of the Philippines, International Association of Classification Societies (IACS), Interferry, and the World Maritime University.

Regulations for passenger ship safety (see also CruiseMapper) in IMO's International Convention for the Safety of Life at Sea (SOLAS) do not generally apply to passenger ships on domestic voyages, but many countries base their regulations on the IMO standards.