Cooperation with Daimler continues at Port of Koper

Luka Koper has proved successful also in the third international invitation to tender launched by the German corporation Daimler. 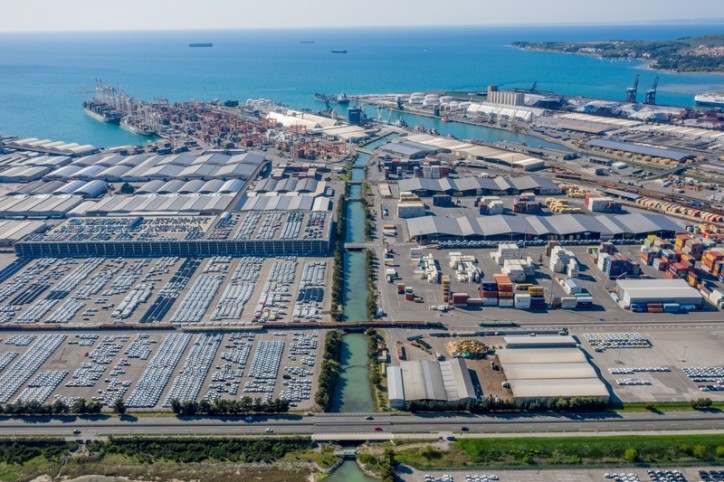 The Port of Koper has proved successful also in the third international invitation to tender launched by the German corporation Daimler. The cooperation between Daimler and the Port of Koper dates back to 2015, when Koper was chosen as one of the main ports for the export of vehicles manufactured in the Mercedes-Benz factories in Europe. The business cooperation with Daimler is for the Port of Koper of primary importance also because it opens the door to a series of additional direct maritime connections for vehicles transport between Koper and Asia.

"Daimler’s decision to select Koper again is for our company a confirmation of our successful up to now cooperation and fulfilment of their expectations in terms of quality services. A vital factor in the third selection process was the reliability of the Port of Koper’s infrastructure and specific experience in throughput and storage of this sensitive cargo. In the continuation of our business cooperation, we will also expand the range of additional services on goods that are required in the car throughput logistics."

Last year, the Port of Koper Car Terminal handled more than 754 thousand of vehicles and asserted itself among the largest car terminals in the Mediterranean. In line with the port’s business strategy which considers vehicles, together with containers, the company’s strategic cargo, more than 40 million euros will be invested in additional car throughput facilities over the next years. One of the major investments will be a new garage with 6,000 parking spaces that will contribute to increase the annual throughput by approx. 162,000 cars.

"The public procurement for the construction of the garage was published just a few days ago. With the construction of the garage, the port will meet the clients’ increasing demand for covered warehousing areas while at the same time, it will increase the storage capacities and improve its internal logistics applied in the handling of vehicles. Another major investment in the sphere of vehicles handling will be the new mooring places in Basin 3 and the construction of a new section of rail tracks in its hinterland. At the same time, we are striving to obtain additional outdoor warehousing areas on land that according to the new national spatial plan is designated for the port activity."